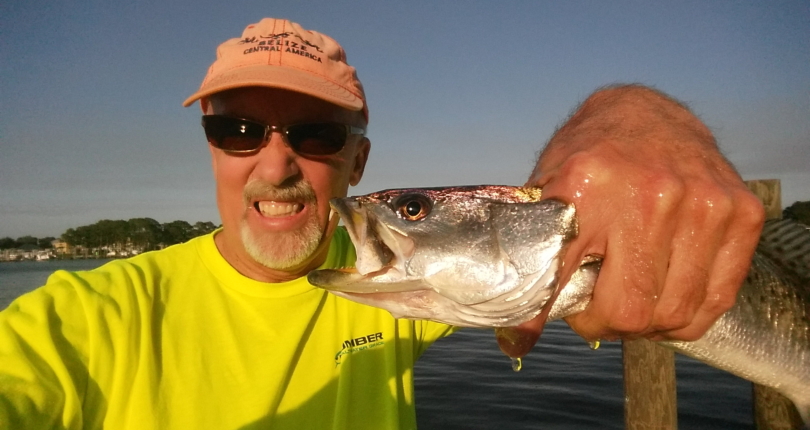 Over the past few weeks, Panama City Beach and most of the Gulf States have been witness to some very unusual tropical weather.  Yes, we all know that we’re right in the middle of the Atlantic Hurricane Season, but there’s something else going on.  Weather patterns have changed over the past several years here, and we’ve been experiencing some weird stuff lately!  Thunder storms & lightning being louder than ever, and as for the fishing everything has been running scared….

October is normally one of the hottest months of the year, and vacation crowds have started to dwindle as regional states start back up after fall break.  Fishing has been either on or off depending on water temps & tides, and the water has been warmer than average too.  However, for those diehard anglers ready to take on the elements regardless…  There are fish looking to get caught if you feel it and have the right Mojo!

Speckled Sea Trout action is really picking up in the Bay’s while offshore it’s been crazy fun!  Recently, the FL Wildlife Commission along with NOAA have been doing their thing with the fishing seasons trying to protect marine species from over fishing.  Thank You!  The latest closures have been the Greater Amberjack set until January 1, 2018.  Since this fish doesn’t represent the majority of the quarry out there. You shouldn’t have a problem finding something else eager to eat your bait!

Pelagic’s (Open Water Species migrating with the seasons) like Wahoo, Blackfin Tuna, Mahi Mahi, while King & Spanish Mackerel, and Cobia are still cruising the regional beaches and reefs, and the action should be picking up again after this current bout of storms move out.  Reef fishing for Mangrove Snapper, Red Grouper, Gag Grouper, and Vermilion Snapper has been great too!  Just remember to leave those ARS (Red Snapper) alone till next year!  There’s plenty of other species to catch out there, but you’ll never get one if you’re not out there fishing!  So saddle up, grab the Bullfrog 50SPF, a hat, plenty of ice water, and we’ll see ya out there! Pro Tip: Never take Bananas on a Fishing Boat. Bad Luck!

The Red Snapper Season may be set to close soon on Panama City Beach, but you can still go clean up...