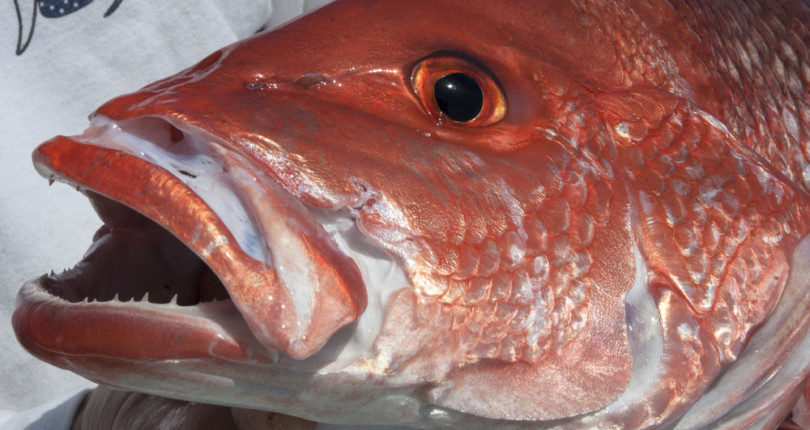 The 2017 American Red Snapper Season in the Gulf of Mexico re-opened this past Labor Day Weekend, and who missed out didn’t miss that much due to high seas!  Over the past several years, fishing regulations have been and still are very tough on Recreational Fisherman.  However for 2017, Florida recreational anglers will have a bit more time to grab these guys from our state waters.  This years Federal Season for ARS is a joke at just 3 days (June 1-3) and things just keep getting worse thanks to the crazy Gulf Coast Fishing Council.  They have also closed Triggerfish & Amberjack for the rest of this year, so after ARS season ends, only god can help the Gag Grouper who’s season has just opened for 2017!  The Fall season for the ARS will start up again on Labor day Weekend, and then runs on weekends only ( Sat & Sun) until Nov 1st.  This isn’t bad for us locals looking to stock up for the winter!

These wonderful fish found their numbers decreasing rapidly during the early part of the last decade, and by 2005 it was hard to find keeper size fish anywhere in the coastal Gulf waters.  Due to conservation & strict regulations from NOAA and the Florida Wildlife Commission this great fish is making a comeback! STRONG!  That’s good for those who love catching and eating these great fish.

However, there is still a major problem with those who feel that these laws don’t include them.  People travel from all over the United States to fish this species during these limited seasons.  Many of them unfortunately don’t follow the rules and keep more than their share.  Human greed & gluttony are still a major problem in the South.  They practice Fillet and Release which isn’t funny at all and takes away from the sport.  It’s this type of mentality that is the reason for the strict fishing regulations across the state of Florida.  Thanks to the efforts of the FWC and NOAA, these Red Snapper and other popular game fishes from the Gulf of Mexico will be around for decades to come.  See ya out there this season!

Over the past few weeks, Panama City Beach and most of the Gulf States have been witness to some...